Von Willebrand disease (vWD) is the most common congenital bleeding disorder with a prevalence of 1-2%, as reported in epidemiologic studies. However, clinically relevant cases have a ten times lower prevalence. The disease has an autosomic dominant transmission, but it may also be recessive in the more clinically severe forms, and it is caused by a deficiency or by an abnormality of von Willebrand Factor (VWF), a clotting protein with several functions: by its binding to glycoprotein Ib, it promotes platelet adhesion to the subendothelium, and it serves as a carrier for Factor VIII, which is protected from a premature inactivation by the activation of the APC system. This explains why usually a significant decrease in VWF is also associated with a reduction of plasma levels of Factor VIII.

There are different types of von Willebrand disease. Roughly, type 1 vWD is characterized by a reduced concentration of vWF; type 3 vWF by the total absence af the same protein and is generally due to homozygous mutations or compound heterozigosis of the vWF gene; and type 2 vWD, characterized by specific functional abnormalities of vWF.

Symptoms
The distinct symptoms of vWD are represented by an increased tendency to muco-cutaneous bleeding (epistaxis, menhorragia, bruising and gastrointestinal bleeding), after invasive procedures as tooth extractions and surgical operations, or major trauma. The frequency and the severity of bleeding are usually related to the type of vWD and to the degree of reduction of circulating levels of Factor VIII and vWF. Therefore, patients with type 1 VWD have generally less severe manifestations, usually secondary to traumatic events or invasive procedures, in comparison to type 2 and 3 vVWD, in which the associated significant decrease of Factor VIII may produce a risk of relevant bleeding manifestations as muscle hematomas and hemarthrosis, which are typical in hemophilia A.

Diagnosis
The diagnosis and proper evalutation of vWD should be carried out in specialized centers. The precise diagnostic definition of the specific type comes with the the combination of a positive, well documented personal and family bleeding history with a decrease of plasma levels of vWF. The proper evalutaion of the bleeding history has recently found an aid by the use of standardized questionnaries in order to produce a specific “hemorrhagic score” (ISTH Bleeding Score) for the collection of anamnestic data. A bleeding score >- 3 in males, and >- 5 in females, may be suggestive for VWD.

From a laboratory point of view, the reference test remains the measurement of the ristocetin cofactor activity (VWF:RCo) which exploits the ability of VWF to interact with the GpI on the platelet membrane in the presence of ristocetin. The measurement of the antigen (VWF:Ag) and of Factor VIII are additional useful test for a correct typing. Additional test, as the multimeric analysis and the test for the binding to Factor VIII, are available in specialized laboratories. Anyway, a ratio VWF:RCo/VWF:Ag < 0.6 is already useful to suggest a type 2 diagnosis. A diagnosis of VWD is considered in the presence of a decrease of plasma levels of VWF:Rco < 40 UI/dl and a bleeding score as described above.

The majority of the patients (up to 80%) shows a partial quantitative defect of VWF (type1). In type 1 VWD, laboratory essays show a concordant decrease of VWF antigen (VWF:Ag) and VWF:RCo, without gross abnormalities in the distribution and multimeric structure of VWF. The remaining 20% of cases show qualitative alterations of VWF and are classified as type 2 vWD. In these patients, a sproportionate decrease of VWF:RCo to VWF:Ag is detected, with evident alterations of the multimeric pattern of plasma VWF, except type 2 N in which the defect is situated in the NH-terminal region of VWF responsible for the binding to Factor VIII, with usually normal multimers and a sproportionate decrease of factor VIII to VWF. Finally, rare patients (about 3-5 cases per million) show a recessive hereditary transmission due to the presence of two defective alleles, with a complete absence of VWF in plasma and in platelets (Type 3 VWD).

The diagnosis of type 1 VWD represents a paradigma of the difficulties encountered in the clinical practice when mild heterozygous bleeding disorders are assessed. Those diseases which are transmitted in a recessive (for example, tipe 3 VWD or Factor VII deficincy) or hemizigous (see the hemophilic syndromes) form, usually display a rather clear clinical and laboratory picture, characterized by a severe hemorrhagic diathesis and a virtual absence of the factor in the circulation. On the contrary, bleeding disorders like type 1 VWD show a mild to moderate clinical and laboratory phenotype. The incomplete penetrance and the variable expressivity due to enviromental ( i.e., age, stress, pregnancy, menses, drugs) and epigenetic (i.e AB0 blood groups) factors contribute to explain the heterogeneity of this phenotype. The wide overlapping of VWF plasma levels observed between patients with mild forms of type 1 VWD and normal subjects is well known, causing the low sensitivity of laboratory tests in VWD. In the other hand, based on historical data reported in the literature, even the bleeding history appears to be scarcely discriminating, since at least one hemorrhagic symptom is reported in up to 25% of “normal” subjects. Based on this scarce sensitivity of laboratory tests and the low specificity of the bleeding history complicating the diagnostic workout of mild forms of VWD, it has been proposed to considere the low levels of VWF as a “risk factor” for bleeding.

Treatment
In VWD, treatment and prevention of bleeding episodes may benefit from the administration od Desmopressin and/or Factor VIII concentrates containing also VWF.

Desmopressin
Desmopressin (DDAVP) is a synthetic analouge of vasopressin which induces an increase of Factor VIII and VWF plasma levels in patients with mild hemophilia and VWD, by eliciting the release of VWF contained in the Weibel-Palade bodies present in endothelial cells. The drug is given through the subcutaneous or the intravenous route at a dosage of 0.3 mcg/kg. When administered intravenously, DDAVP is diluted in 50-100 ml of saline solution and infused in 30 minutes. The administration of DDAVP usually induces a 2-4 times increase of VWF and Factor VIII over the basal levels.

The responsiveness to desmopressin needs to be tested in each individual patient by the infusion of a test dose and the subsequent evaluation of plasma VWF and Factor VIII plasma levels 1hour and al least 4 hours after the end of the infusion in order to measure the half life of both proteins. DDAVP is usually effective in patients with type 1 VWD, who have normal endothelial storages of VWF, while it is entirely ineffective in type 3, and contraindicated in type 2 since the release of abnormal VWF with an increased affinity for glycoprotein Ib on the platelet membrane may cause a marked, even if transient, thrombocytopenia. Tachycardia, headache and flushes are minor peculiar symptoms often associated to the administration of desmopressin. Specific attention must be paid in reducing the fluid intake due to antidiuretic activity intrinsic to the drug itself, which may provoke even severe hyponatriemia (especially in children with an age below 4 years and in patients with heart disease). Treatment with DDAVP can not be prolonged for long periods of time since often tachyphilaxis occurs with progressive decrease in the responsiveness to the drug.

Clotting factor concentrates
Factor VIII concentrates rich in von Willebrand Factor: plasma-derived Factor VIII concentrates, rich in VWF, are virus-inactivated concentrates of intermediate purity, which contain both Factor VIII and VWF in variable proportions. This ratio determines the post-infusion levels of the two components and therefore it must be taken into account to avoid excessive levels of Factor VIII or, on the contray, inadequate levels of VWF. After the infusion, usually the half life of Factor VIII is approximately twice as that of VWF:Ag due to the endogenous production of Factor VIII which is stabilized by the presence of the carrier protein. For major surgery, the goal of treatments is to mantain Factor VIII levels around 80-100% of normal in the first 2 days , and at least 50% for additional 5-7 days. A loading dose of 50 IU/Kg of VWF:RCo is generally administered before the surgical procedure, followed by the same dose in the 2 subsequent days. Monitoring of plasma levels of both factors is anyway advisable, at least in the first days, in order to mantain the desired target. In the presence of spontaneuos bleeding or minor surgical procedures, a dose of 20-60 IU/kg of VWF:Rco is administered for 1-3 days.

Purified von Willebrand factor-Wilfactin®: a plasma-derived, virus inactivated, purified concentrate of von Willebrand factor has been recently produced, containing very low amounts of Factor VIII. The usefulness of this product relies on the fact that the endogenous production of Factor VIII appears to be normal and the administration of factors containing also Factor VIII may induce an excessive increase of Factor VIII and expose the patient to an increased risk of thrombosis. However, significant hemostatic levels of factor VIII are usually reached only 6-8 hours after the infusion of Wilfactin. Therefore, in the occurence of bleeding events , the initial co-administration of even a single dose of Factor VIII is required, while in event of elective surgery the drug should be given 4-6 hours before the beginning of the procedure. 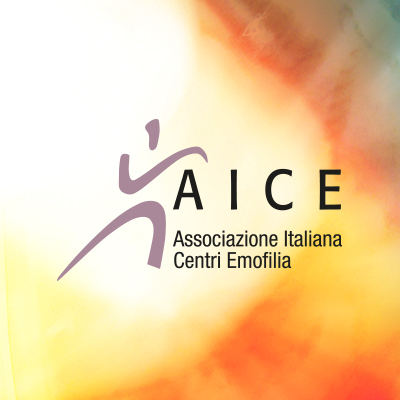